Ric Burns’s portrait of the most resoundingly influential American artist of the second half of the twentieth century.  The film aired in September of 2006 as the premiere episode in the 20th Anniversary season of the PBS series, American Masters.  Combining on-camera interviews and never-before-seen still and archival motion picture footage, the film was the first to exploit the immense archives at the Andy Warhol Museum in Pittsburgh. It was also the first to explore the complete spectrum of Andy Warhol’s astonishing artistic output, stretching across five decades from the late 1940’s, to his untimely death in the 1980’s. New York Magazine described the film as “Hypnotic, powerful and revealing” and Stephen Holden of the New York Times wrote “the movie is an entirely absorbing, occasionally revelatory portrait of a brilliant talent driven to greatness by an inner chorus of demons and angels.” 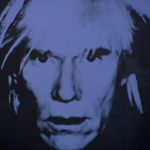