Director, Writer and Producer Ric Burns’s THE DONNER PARTY, a ninety-minute history of the ill-fated pioneer group, premiered at the Telluride Film Festival in September 1992 and aired nationally on PBS in October, 1992.  The film chronicles the harrowing tale of pioneers who set out for the promised land of California in the spring of 1846, only to meet with disaster in the snows of the Sierra Nevada the following winter.  Time magazine named the film one of the top ten television programs of the year.  USA Today’s Matt Roush wrote, “Historical narratives rarely have as much dire beauty as Ric Burns’ The Donner Party, a documentary that aches with the austere eloquence of human desperation.” 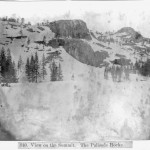 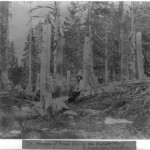 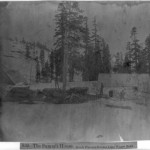 George Foster Peabody Award
Writers Guild of America Award for Outstanding Achievement, 1993
D. W. Griffith Award of the National Board of Review for the Best Television Program of 1992