This hour long documentary film explores the history of the department of Veterans Affairs — from the troubled beginnings of the Veterans Bureau of the 1920s, to the modern VA system. The film chronicles, in depth and often wrenching detail, the workings of this crucial but at times beleaguered American institution: exploring what it does and how it functions, its vast size and critical importance, its history and provenance — how and why it came into existence, how and why it has changed over time, how it has come to be broken in critical ways in recent generations and how it may be reformed going forward. 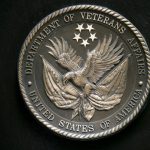 The U.S. Department of Veterans Affairs (VA) seal hangs on the facade at the headquarters in Washington, D.C., U.S., on Friday, May 10, 2013. The department's funding has jumped more than 40 percent to about $140 billion this year, compared with fiscal 2009, a boost to help the agency cope with a surge of new veterans returning home from the wars in Iraq and Afghanistan. Photographer: Andrew Harrer/Bloomberg via Getty Images 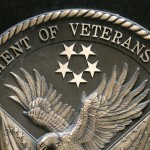 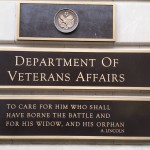